The billhook in English Dialect (NEW)

From 1948 to 1961 fieldwork reseachers visited over 300 locations in England, interviewed over 1000 persons, and compiled an archive of over 400.ooo words. In 1994 the Survey of English Dialect, Dictionary and Grammar (SED) was published by Routledge. Clive Upton, David Parry and J.D.A Widdowson had re-visited the survey material and selected 17,000 dialect items, producing the first comprehensive general dictionary of dialect words since Joseph Wright's English Dialect Dictionary compiled from 1898 to 1905. This scholarly, and expensive, work was rarely found outside of university libraries.

In 2014 the SED was re-published as a paperback, and for the first time readily available for all at a reasonable cost. The attached PDF file, giving the regional and dialect words for billhook (hand-bill) and slasher (hedging- bill) is based upon this seminal work. 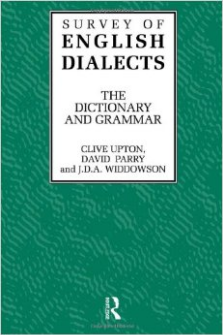