The vine pruning hooks of Sicily

To date I have found two types of vine pruning billhooks in Sicily - both from the north of the island. There may be yet others to be found in central and southern Sicily, as regional differences can be seen in villages only a few miles apart. 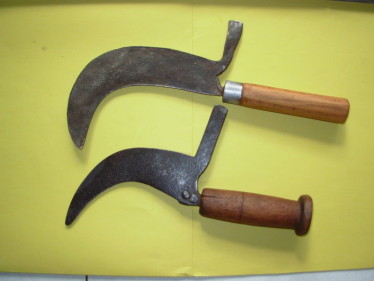 The above roncole or pennati* are from the eastern slopes of Mt Etna in Sicily. They were used for the pruning of grape vines - they are very different to those from the west of the island. 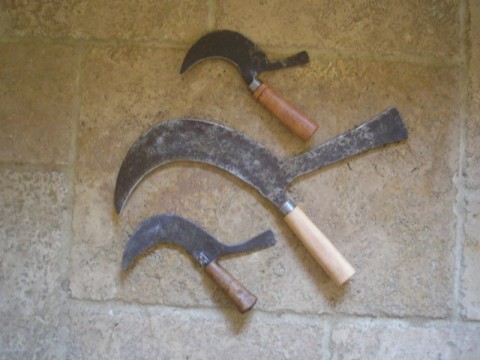 This group of three from the same seller and the same region to the east of Mt Etna - purchased at the beginning of 2012. Two have replaced handles: the third still has its original. It shows that they are still turning up in isolated villages and that the size varies considerably - I guess small ones for women and children, large ones for the men. At vine pruning time (February or March) the whole family joined in, or even the whole village. 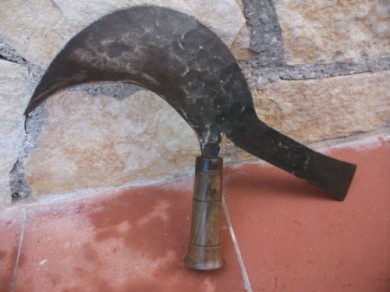 The above roncola is typical of those from the Palermo area to the west of Mt Etna, it is similar to those from Puglia on the mainland, and also to those found in parts of Spain and southern France. The common ancestor is probably from Ancient Greece as both Sicily and Puglia were Greek colonies in the era before the Roman Empire. As yet I have no information on those from the south of the isalnd. 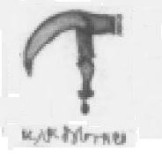 A Greek billhook or kladeuterion from a 14th century manuscript on farming. Modern Greek billhooks are similar in their general shape.