The 'cochoir', also spelled 'cauchoir(e)', is a specialised form of billhook used in the 'tonnelleries' or cooperages of France. It is not used in Britain, but may have been in the distant past. It is probably common elsewhere in Europe...

In Diderot's Encylopædie it is the only cutting tool shown being used for cutting barrel staves, although a later plate showing tools also illustrates a 'doloire' or side axe.

The closest British tool in appearance and, to a certain extent, function is the slater's axe (zax or saxe) - both may have some common ancestry.... or it may be a case of parallel development - i.e the shape developed as the most suitable for the task.

The Cochoire (or Cauchoire) as used in the tonnelleries of France
A brief study of a little known type of billhook used in the cooperages of France
The cochoir or cauchoire.pdf
Adobe Acrobat document [1.8 MB] 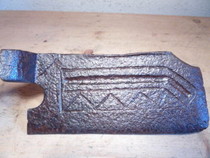 Many cochoirs have decorated blades, and were obviously highly valued tools.

Different regional blade shapes are found: this one was made by Gaillard in Orléans, Loiret. 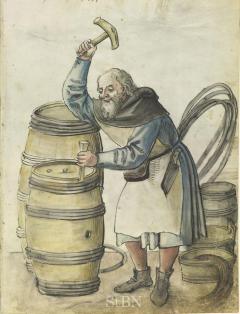 This German image of 1518 shows a cooper's knife, ein kufermesser, hanging from the cooper's belt. 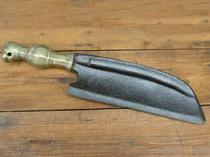 This 18th century kufermesser from Germany has a brass handle with a lion's head end - more research is needed into this style of tool... A similar one, but with an acid etched blade, is held in the V&A Museun in London.

Very similar to the above, this kuipermesser is from Holland

A wappen or coat of arms from a German cooperage (böttcherei or kuferei) showing a tool similar to the French cochoir at the right. 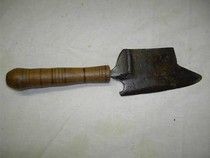 This tool is believed to be an Austrian version - it has thick, heavy blade with a single bevel to the edge, and the handle is slightly offset. 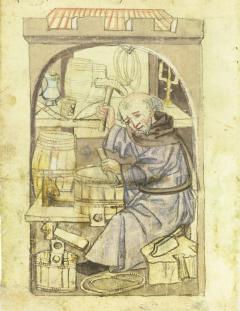 In this German image of 1485, a similar shaped kufermesser is shown stuck into the chopping block. 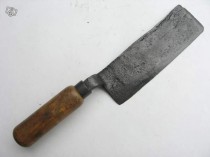 A plain square bladed French 'cochoir' with a single bevelled cutting edge and a cranked, or offset, handle.

An English slater's axe or 'saxe'  - similar in shape to the 'cochoir' above, but with a spike to pierce the slate for the nail hole, and a more obtuse bevel to the blade. 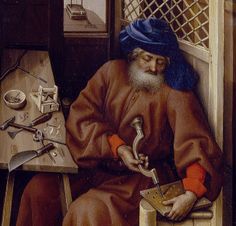 This image taken from part of the right hand panel of a triptych by Flemish (Dutch??) artist Robert Campin c 1427 - 1432 shows a similar tool to the cochoir on the workbench of Joseph the carpenter.

The billhooks from northern France, Belgium and Holland often have straight blades, increasing their usefulness in a range of trades, such as roughing the shape of the wooden spoons made in the villages of Créquy and Fruges in the Pas de Calais up to WW2. 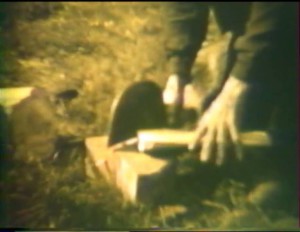 Here is a still image from the short video of spoon making in Fruges circa 1930. It shows the louchier (spoon-maker) using a serpe (billhook) to rough out the blank used to make the spoon.