As in the UK and many other countries of Europe, there are many regional patterns of billhooks to be found in France. Small ones, known as serpettes, were widely used for pruning grape vines (la taille) and even smaller ones used for the grape harvest (le vendange). As in the UK, larger hooks, known as serpes, were (and still are) used for a wide variety of tasks, from trimming back hedges, cutting green wood for coppice work or cutting and sharpening stakes. Longer handled tools, known as croissants, are the equivalent of the English staff hook or slasher. Only found near the Belgium border, the caulked handle is uncommon in France - many regions use the 'manche champignon' - a mushroom shaped handle, often of beech (hêtre) or wild service (cormier). 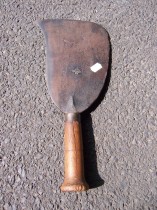 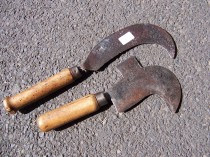 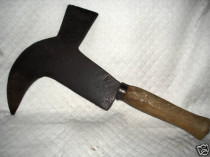 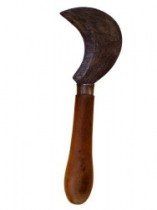 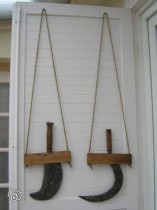 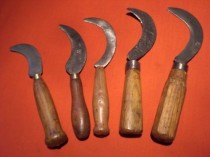 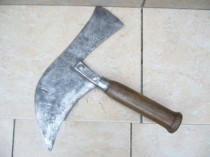 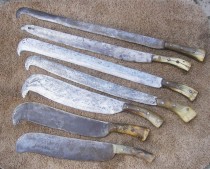 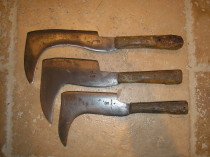